Vue can be used to build Mobile Apps too, and in the process of building those apps, you are going to come across several UI Frameworks to choose from. Vue.js has become a popular choice among the development community as it offers features like cross-platform app development, great documentation, and requires you to just have basic knowledge of HTML, JavaScript, and CSS. Vue will help you develop a high-quality application that delivers your ideas in the best possible way. In this blog, we will talk about some of the many frameworks that will help you build a Mobile Application with Vue.

A powerful framework that allows you to build hybrid mobile apps. The best thing with the Quasar framework is that with this framework, the application will use VueJS 2 at its core paired up with a near-native like user-interface. You will also be able to ship responsive apps or mobile apps that use the same codebase. There are many reasons why the Quasar Framework makes for a popular choice. Some of the reasons are; A great performance that will not disappoint its users, Rich documentation available on its website, providing an extensive set of UI components (Vue based), etc.

If you need some help with Vue-based web projects, then Vuetify.js is the best option for you. With Google’s material design patterns for the UI components, Vuetify is a component framework for Vue. Material Design components such as cards, sidebar, tabs, etc. are also available in Vuetify.js. Vuetify will help you build a framework that has everything you need and more.

Framework7 offers abundant native-like UI components that are needed to create web applications. One can build applications using the material look or the iOS look as it does not support any other platform. Since Framework7 has Vue.js components, this open-source mobile HTML framework works well with Vue and helps to develop hybrid applications.

A framework that supports Vue, Angular, and React, Onsen UI is used for building hybrid applications. Offering a range of UI elements, Onsen UI ensures that you build an application that is simple to use but serves all purposes.

If you use Vue Native, then you have opened all the options of React Native as well since Vue Native compiles to React Native. Being Highly adaptive is one of the key features of Vue Native that attracts its users. This framework uses JavaScript to develop some efficient cross-platform native mobile applications. Vue Native has got the best of both worlds as it is a combination of Vue and React. It has features of both which makes it a popular choice among the developing community.

Ionic Vue is yet another popular framework that allows integration of other popular frameworks such as React, Vue, and Angular. The ionic framework has become one of the top choices as it gives its users the freedom to use the JavaScript they are most comfortable with. With such liberty and effectiveness, Ionic Vue makes for a great Mobile UI Framework that can be used for developing high-quality, cross-platform native apps.

Another open-source framework that makes for a great choice for building a native mobile application. You can develop the application either with Vue.js or choose from other JavaScript frameworks such as Angular. Building cross-platform Android and iOS apps become much easier as this framework combines features of both: Vue and NativeScript. The only thing to keep in mind is that with NativeScript, you will have to use NativeScript UI elements as regular HTML elements do not exist here.

Even though Bootstrap is still working on its components and will deliver its services efficiently in time, various components such as pagination, dropdown, breadcrumbs, etc. are already available for users.

After reading about some of the best Vue Mobile UI Frameworks for developing apps, it is up to you and your team to decide which one works best for you. Choose a framework that serves your needs but also allows you to customize it in ways you want to.

UPI, Paytm, Online Banking, just think about how often you use these services. Life has been made easier since we were introduced to online banking. Read this blog to know about how FinTech has had an impact on Financial Services. 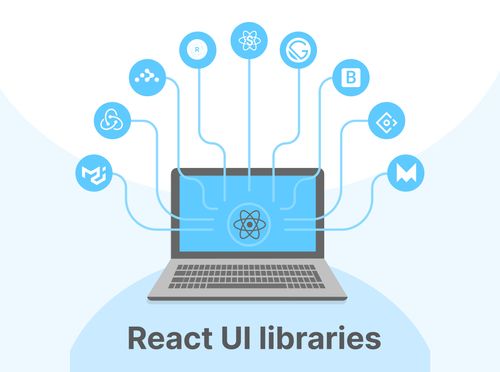 Top React Libraries to try in 2021

Wondering which is the correct React library for your project? This blog will help you make that decision. Read this blog and get to know about the Top React Libraries. 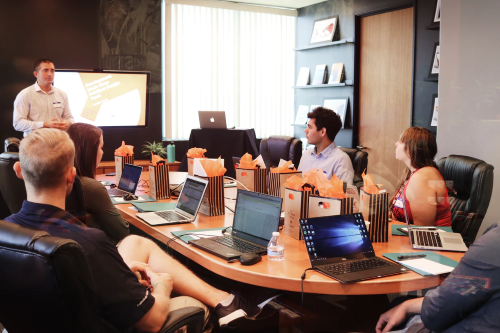 Businesses should hire full-stack developers having specialization in writing codes on both the client-side and server-side of the application.