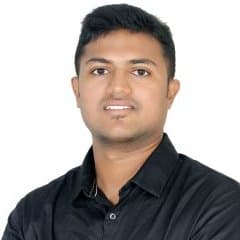 As part of this blogpost, we will be sharing analyses ideas for US domestic 3PL companies, who deal in air shipments and ground linehaul with the help of Tableau software (advanced mapping functionality and insightful visual display of data) to better understand their operational constraints and subsequently identify areas for operational efficiency.

Let us look at hypothetical data for a 3PL company and analyze shipments being moved across major hubs. As part of this exercise, let’s analyze the price per pound, cost per pound, volume, and average weight per load for all the major transportation lanes with LAX as either origin or destination.

FYI, all the charts we've displayed in this blog post are dynamic. Please feel free to click around and interact with the charts.

1. Price per pound for ground shipments

2. Cost per pound for ground shipments

Cost is highest in LAX-JFK lane

4. Movement of domestic shipments by different modes (Air vs. Ground) -

This graph gives an idea about the split between shipments received by air and ground modes by each hub. Looking at the following graph, we can observe that the balance is tilted in favor of air shipments as compared to ground shipments for the LAX hub.

6. Volume received and shipped by airports

It is clear from the dashboard that LAX is the biggest dispatcher of shipments domestically since most of the US imports arrive in US at the LAX port facilities which are then distributed domestically. Also, the number of incoming shipments into JFK is larger than the outgoing shipments which holds to reason. Such volume analysis helps companies in planning and allotting receiving and dispatching staff to airports accordingly.

Such analysis can help operational planning departments of 3PL companies in improving their efficiencies. Please visit our dashboard and reporting page for more information.